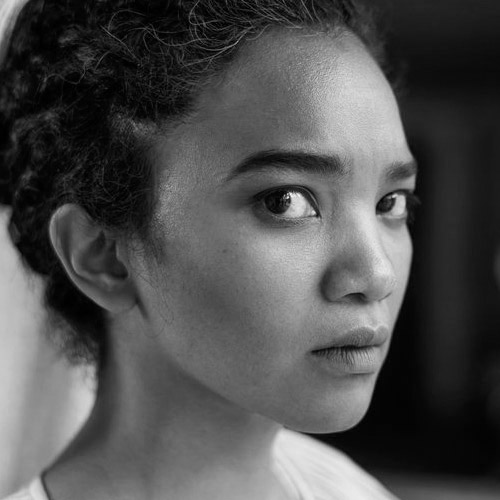 An exclusive interview with Chipo Chung, one of the main actresses in NBC’s A.D. The Bible Continues.

My mission is to help the arts to enact positive social change. It is my belief that true social change happens through culture, the creative communication of ideas, inspiration and vision – this is how hearts and minds are changed.

In a world so desperate for change, the skills and tools learnt through the arts are vitally needed, not only within media development, but in the creativity and imagination that is needed to rebuild businesses, organizations and nations – the cooperation, collaboration and beauty needed to create great art, is needed in the social art of recreating our world.

Chipo Chung was born in Tanzania as a refugee during the Liberation Struggle for her home country of Zimbabwe. She was raised in Zimbabwe, immediately after the country became independent, and witnessed the birth of a bright new nation. Chipo went to Yale as an undergraduate before training as an actor at the Royal Academy of Dramatic Art (RADA) in London. She now works from London as an actor, but has always been engaged with social change. She helped to start S.A.F.E. ARTS FOR EDUCATION in Kenya, which uses theatre to inspire social and behaviour to change on a range of issues including HIV/AIDS and Female Genital Cutting (FGC), and after involvement in the 2008 opposition election campaigns in Zimbabwe, helped to start the grassroots organisation Envision Zimbabwe Women’s Trust.

At the moment, my most exciting project is developing the RW Creativity Constellation and forming a circle of mutual support for women across the world who are in turn supporting other women, or voicing women’s perspectives, from creating theatre workshops with survivors of trafficking, to providing documentary film training to women in Iraq, to exploring the mythologies of the Goddess across cultures. Through conversation and forming a sacred space between us, we are exploring how webs of women can inspire, support and synergize new creative social initiatives.

In the next 5 years I would like to strengthen my personal voice, largely through my work as an actor. Playing Mary Magdalene, an archetype of the Divine Feminine, was a wonderful opportunity to revision the story of Woman on an international platform. Working on an international stage as an actor is an opportunity to give voice to women like myself, who have a global perspective, and to share my links to women across a depth and breadth of experience.

Chipo featured as Mary Magdalene in the 2015 NBC Production of A.D.

Chipo supported her mother Fay Chung’s campaign as an independent opposition senator in Zimbabwe in 2008. Fay is former Minister of Education in Zimbabwe during the eighties, a time when Zimbabweans became the best educated nation in Africa. Listen to interview on BBC World Service

Chipo helped initiate SAFE Maa – S.A.F.E ARTS FOR EDUCATION’s intervention against Female Genital Cutting with the Maasai in Kenya, using traditional song and poetry to shift the culture away from mutilation and introducing an Alternate Rite of Passage to the community.

In 2010 Chipo participated in Olorahan Festival in Loita Hills Kenya, where S.A.F.E. was honoured and the intervention was accepted by the Maasai Elders with a view to total abandonment within this generation.