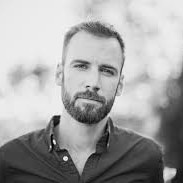 Amplify HER explores the rising women of the electronic music scene as they come-of-age amidst the emerging cultural renaissance of the feminine.

Since 2002, the Guardians have held an integral role at the Temple of Burning Man. They have remained largely invisible, holding space from the shadows. Until now.

Ian MacKenzie is a filmmaker and writer who lives on the Salish Sea with his partner and young son. For over 13 years, he’s been tracking the global emergence of new culture. From the desert of Burning Man to the heart of Occupy Wall St, he has sought and amplified the voices of visionaries, artists and activists who have been working toward planetary system change. Ian is best known for his films Sacred Economics, Lost Nation Road, Amplify Her, Dear Guardians, and Occupy Love (directed by Velcrow Ripper).  More recently, he founded The Mythic Mascline Podcast and Network, exploring in-depth conversations about emerging masculinities, as well as A Gathering of Stories, an online mythopoetic ceremony.