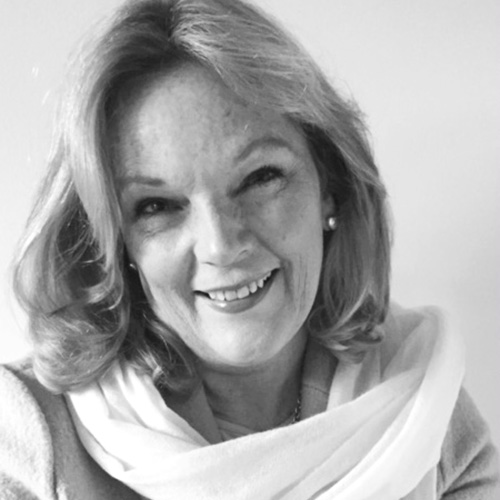 – Think piece for the Hermes Foundation on sustainable peace and business

– Think Piece for the Swiss consultancy Peace Nexus/UN on the role of Women and Business in economic reform and as mediators in the MENA.

– Evaluation for SIDA of programs for women in Iraq and strategic options for future engagement.

– Lead consultant to Berlin Peace Festival on Business for Peace.

“We appear to be at one of those historical moments when we are recovering a global imagination; when ideas and capacity collide in movements that transform and embed structural change. The feminine aptitudes of compassion, collaboration, empathy and creativity, present in women and men, are fast becoming a valued part of operating in the 21st Century. Progressive organisations are re-prioritizing; putting people, planet and profits in right order. Acknowledging the spiritual is no longer taboo. As a consequence, I predict exciting and accelerated systemic change that requires the cultivation of these skills in all leaders and organisations. Helping that shift to happen is what motivates me.”

Born in South Africa of liberal Danish parentage, sensitized me to injustice at an early age and probably led to my joining the growing band of corporate executives who eventually shift to the not- for – profit world. Not that I didn’t enjoy the corporate world, I relished senior roles in customer services in aviation and thrived as part of the Executive Strategy team that restructured British Gas, (then the 5th largest company in Europe.) I’ve done my share of merger communications, executive leadership development and co- founded the London Chamber of Commerce Women in Business network and the Arab International Women’s Forum, networks of highly talented women all aiming for greater inclusion and recognition of what women bring to the world.

It was restructuring and as Chair of the NGO Womankind Worldwide, I really understood the incontrovertible evidence of the benefit of focussing on women if we are to make real inroads into development, growth and building resilience and stability in our world. This led me to co-found GAPS- UK, (gender action for peace and security) a network to promote women peacebuilders and press governments to include women in peace negotiations. On reflection, I’m a bit of serial entrepreneur in terms of starting organisations where there is a need!

Two big challenges for me were in co-ordinating the Dalai Lama’s visit to Northern Ireland with five weeks’ notice! And moving from leafy Surrey in England to Cairo, to set up the first women’s peace movement to work across the Middle East and changing very entrenched systems to work more holistically on the challenges.

Many of the First Ladies of the Region were on the Board and I’ve met a lot of high profile people, but my greatest inspiration comes from the many, women especially, doing unsung grassroots work in the most difficult situations. I had the privilege of accompanying a group of women leaders through the revolution in Libya and Somalia and travelling and meeting women from all walks of life in Iraq. Recently I wept as I listened to the story of Nadia Murad, a young Yazidi woman who escaped from ISIS captivity.

Giving a keynote to The Young African Leaders program in South Africa earlier this year utterly restored my confidence in Africa. Their talent and open heartedness blew me away!

Until recently I was senior policy advisor to The Elders, among them ex -Presidents Carter, Robinson, the ‘mother’ of sustainability Gro Brundtland, Graca Machel, Kofi Annan, Nobel Laureates and peacebuilders Desmond Tutu where my portfolio covered gender, environment, the SDGs and the private sector in the context or peace and development. Seeing how these leaders worked tirelessly for the common good was a great lesson in servant leadership.

Business leaders like Senge, Zeitz, Polman, Mackey, Christine Lagarde, willing to speak truth to power, I find inspiring, as is the way younger people start with values in their ventures. This makes me excited about the future of business to be a force for good and transformation. Working at high level and at the coal face, whether in corporations or communities, has given me a deep sense that underlying the labels is a unifying humanity and a desire to be happy and that there is no such thing as ‘the other’.

With my corporate hat on, I felt confident enough of my femininity to bring greater openness and trust to the way we worked, resulting in greater creativity and a number of award winning campaigns. I love to innovate, so to bring about a change to the regulatory energy pricing formulae to incorporate the quality of service was a great achievement especially as I barely scraped maths at school!

In the not –for- profit world my achievements have been about mentoring and encouraging and also about joining the dots and bringing people and ideas together to create solutions and systemic change. The powerful women led, ‘Give Peace a Chance’ campaign in Somalia that dismantled roadblocks comes to mind. Also memorable for me was to bring The Elders together with prominent private sector players to illustrate the potential of companies to drive the environmental changes we need, thus shifting policy direction for a number of them. Being involved in the Vatican input meetings to the encyclical ‘Laudato Si’ and seeing the impact it has had, is a collective achievement and personal joy, as is having two delightful sons who are indeed the ‘new, improved versions’.

Being a strategist, I’m interested in how corporate ESG policies and realization of the SDG’s and COP21 agreements will intersect to scale. There are threats and opportunities coming our way so I am learning by getting involved in some entrepreneurial ventures including an ethical investment fin-tech start up, a company with radical battery storage invention and a water technology company that gives me insight into one of the greatest threats to or future – lack of water. Equally challenged is the global financial system so I’m gaining insights as advisor to The Global Foundation in convening the leaders of the IMF, the Vatican Bank, the Bank of England, the OECD and the World Bank on restoring trust in the financial systems. I’m also part of a start-up network Mind@work looking at mental health in business. Prevention being better than cure –I belong to a meditation community that teaches meditation to children, to corporates and exec. MBA’s and in medicine.

Next Steps and tools: ‘What we achieve inwardly will change outer reality…this is the inescapable connection we have with the world’ Plutarch

I’d like to see the day when it’s the norm to have people planet and profit in that order for good business outcomes. Transformational leaders need to be sustained from within, my goal then is to continue to find productive ways to nurture and encourage leaders to make the transformation within and without.

(Inge has led workshops on the role of meditation and self- knowledge for corporate leaders at BlackRock, KPMG and recently the Young African Leaders program in South Africa.)